Between 31. March and 9. June, 2018, in three shows in a row,
Tomu won 3 Finnish CAC and became a Finnish Champion!
Tomu, or officially Finsweng Trallalaa (click on the link to see her pedigree and official show & health results) was born the 21st of March, 2016. I co-own her with my friend Maiju, and Tomu is living at Maiju's home as a beloved pet. Their hobbies are agility and dog shows. 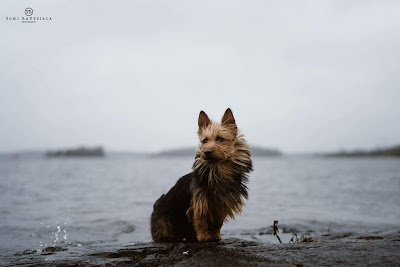